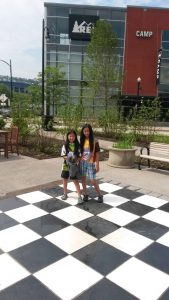 Did you see what REI announced today?  They are closing their 143 stores for Black Friday.  They are paying their employees to head outdoors — which is what REI is all about — getting outdoors.  But is it a good business move, to close on the “biggest” shopping day of the year?

Well, they first announced to their members.  REI is a co-op and you can join the co-op for a one time fee of $20.  My guess, most members applaud their decision and are eager to take their cue and head outside.

Next, they announced it to the press — the result — HUGE news coverage. They are the talk of the news cycle.  REI’s CEO was on the CBS Morning Show today.  That’s pretty good media coverage.

How much would an ad cost on CBS?  Did they just get more than that for Free?  For sure.  An interview is much more than an ad.

In addition to the morning interview on CBS, NBC had CEO footage and the company received additional coverage on the 6:00 News. I’m betting on the 11:00 news as well.

It’s a good move from a marketing perspective but it is also a good morale booster. It sends a positive message to the community —>>> GO OUTSIDE!! When you look at it they have succeeded in making an impression with their members, their staff, the community at large (all prospective customers).  Can it get better than that?

So, how can you generate PR like this? How can you do something that gets attention and is a goodwill move for your company? Look around.

1. Release a press release via our own distribution program that will get the news out to over 240 news outlets nationwide.

2. Create an application form –>> since the program will be limited to 50 womenpreneurs initially.

3. Create a video promotion both talking head style and white board style and distribute using our video distribution software. Rank the video on page one of Google….

5. Host a radio show about the program on my Podcast: Visionary Womenpreneurs

Now, you have a full marketing plan for this one program, laid out for you!! You see from REI the value of creating a good will program for your company.

Here are a few ideas:

1. Instead of rebranding — take the money allocated in the budget for it and use it to award a real world benefit to a client. For instance, a local bank decided to change its branding. They replaced all of their signage at each branch with new signs, replaced instore colored branding, replaced marketing pieces —>> website, brochures, giveaways (pens, pads of paper, key chains…etc.). If they had opted for a good will strategy they could have taken that money and saved the houses of perhaps 5 families that were losing their houses to foreclosure. Imagine the media.

2. Instead of paying to rename your company — reallocate the budget to offer marketing services to a startup company or two.

Each time, you can create media via press releases and news coverage that builds more good will towards your brand than your new colors or new name or new branding will ever do.

REI is a leader in outdoor equipment and quality service. Not a huge company in comparison to some, but making a major statement that is resonating across the country.

What statements can you make? What do you think of REI’s decision to close on Black Friday? Leave your comments below:

Pick Up The Success Mindset Guide

Do you Heart EzineArticles.com, too?